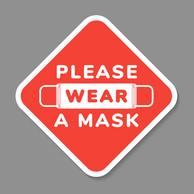 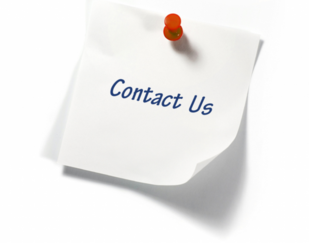 Our contact information and school hours can be found by clicking on the contact tab at the top of this page.

IF YOU HAVE BUSINESS TO CONDUCT IN OUR LCA OFFICE, WE ASK THAT YOU CALL FIRST TO SCHEDULE AN APPOINTMENT.  812.523.2097

Liberty Christian Academy was founded in Seymour, Indiana, in 1993, by Joan W. Fisher, known affectionately by her students as "Sister Fisher".  Joan, a 1957 graduate of Rising Sun High in Indiana, knew early on that education was important!  After high school, she enrolled in and graduated from Cincinnati Business College.  She married Ron in 1959, became a military wife, and soon added two daughters to complete their family.

In 1966, Ron took a position at Cummins Engine in Columbus, Indiana.  The family settled in Seymour.  Joan soon became a member of Apostolic Tabernacle Ministries in Seymour and was appointed Sunday School Superintendent, overseeing successful church growth, including a child's bus ministry.

Changing the lives of many young people

In the 1970s, she began a Day Care, worked as a Tutor for the Seymour Community School Corporation, and remained involved in Children's Ministry at the Apostolic Tabernacle.

Protecting the hearts and minds of young people

In 1981, her mentor and pastor of Apostolic Tabernacle, founded and pioneered as President of Indiana Bible College in Seymour.  Joan quickly enrolled alongside her daughters.  "Her Two Girls", as she affectionately called them, were the prime college age and Joan was IN her prime.

Knowing her experience and zeal to help young people, the Indiana Bible College president appointed Joan to oversee the newly added Christian School located within the Bible College.  Joan graduated valedictorian of her 1985 college graduating class and took on another pioneering role.

In the 1990s, a change in school officers forced Joan out of that role and into her own pioneering Administrative role.  She founded Liberty Christian Academy in 1993 and at 54 years young, "Sister Fisher" NEVER looked back!

I believe one of her proudest moments came when her own Liberty Christian pioneer class student, Jesse, was accepted into the U. S. Air Force.  She even stayed on this earth long enough to see him retire with honor.

It is our mission to continue fulfilling the dream of our founder...A dream to change lives and reach others for Christ.  We recognize that each student is an individual and that "success" can mean something different to each person.  Our objective is to help our students successfully complete their education by providing them with individualized educational materials and services, life skills, values and a caring environment that will empower them to pursue a productive future as well as demonstrate to them the love of Christ.

Established in 1993, Liberty Christian Academy is a non-accredited, non-public, Christian school located within the school district of and affiliated with the Seymour Community Schools Corporation.  We are recognized by the Indiana Department of Education.  We were issued a state school ID Number by the IDOE in 1995, and maintaining good conduct, we still hold that ID number.  We are an Indiana non-profit and report annually to the Indiana Secretary of State as a Business Entity.

We adhere to the Indiana General High School Diploma requirements.  Indiana guidelines for Private School and Home School Programs state:  "Students who are issued a diploma by the administrator of an Indiana Home School (or Private School) possess a legally issued, non-accredited diploma.  Home Schools, like all other non-accredited, non-public schools, may legally issue a diploma to a student that completes the graduation requirements of that school as established by that school."

We are in full service agreement and compliance with Accelerated Christian Education (A.C.E.).  The A.C.E. curriculum is a Bible Based Pace Program and is used in many accredited schools.